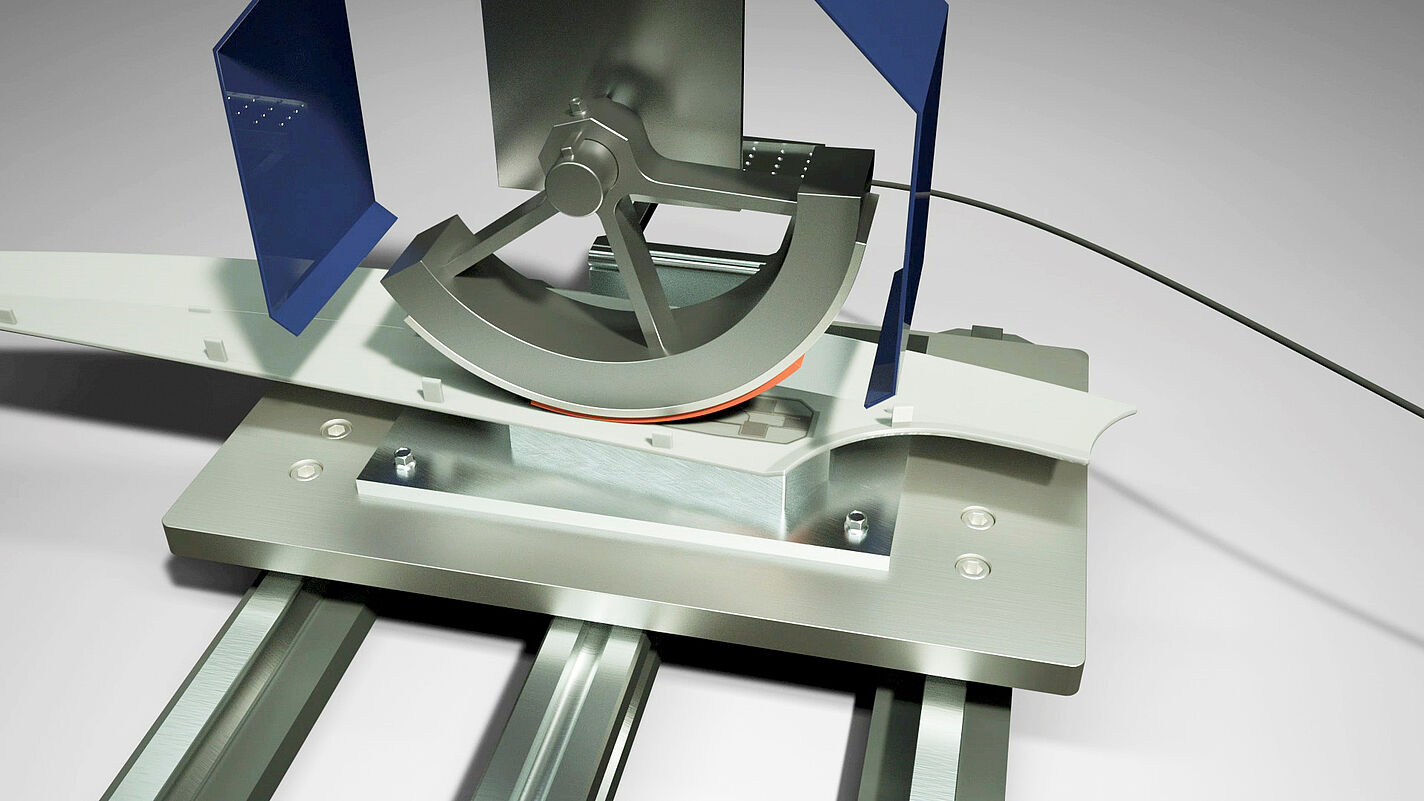 Fuerth/Germany, 19 August 2019: At K 2019, Leonhard Kurz will be demonstrating the automated integration of touchscreen sensors into plastic parts. The sensors will be applied to a white goods control panel using Kurz’s patent pending FFB (Functional Foil Bonding) process. The process was presented for the first time at Fakuma 2018 and is now being adopted in series production applications. A semi-rotary variant of FFB will be displayed at the Kurz booth for the first time.

In all FFB applications to date, the touch sensors have been applied by vertical stamping. This transfer technique is not suitable for the approximately eight-inch sized touchscreen sensors that will be used at the plastics trade fair. Kurz therefore developed a new roll-on technology that can transfer large-area sensors without air entrapment. This was achieved by replacing the dispensing roller previously used in the roll-on process with a half-round silicone segment. This further development of the roll-on process has also led to a reduction in cycle times.

The sensors will be processed at the Kurz booth in a semi-automated process that uses the latest motor technology from Mitsubishi and clean room technology from Max Petek. The sensors transported into the FFB machine are detected by a camera inspection system and precisely positioned on the panel by a robotic handling system. This application places especially high demands on the inspection system, which must process the small contrast difference between the part and sensor. Besides the offline processing that will be shown at the trade fair booth, FFB can also be implemented as an inline process and integrated into fully automated production processes.

High demands on transparency and conductivity

The touch sensors suitable for automated FFB integration are developed by the Kurz subsidiary PolyIC. Based on PolyTC technology, these sensors comprise silver-based metallic grid structures (metal mesh) on a PET carrier. They are mechanically robust and flexible and can be integrated not only into flat but also slightly 3D geometry parts using the FFB process. They are also highly conductive and sufficiently transparent to fulfil the optical requirements of a variety of touch displays. The high optical quality of the sensors will be demonstrated at the Kurz booth by way of a touchscreen application in a washing machine panel, which will be decorated as a backlit single image using Kurz IMD technology.

In the past, sensors with adhesive layers have predominantly been used for touchscreens, and these sensors have been applied by lamination in a relatively costly process. Kurz will demonstrate at its K trade fair booth that FFB provides an automated, economical process alternative. Besides being more costeffective, FFB offers advantages with regard to durability. When lamination is used for plastic panels, alternating climate tests have shown that there is a risk of bubble formation due to outgassing of the plastic. Parts with FFB-integrated sensors, on the other hand, do not exhibit these negative effects in alternating climate tests but instead prevent them, thereby enabling perfect results. For further information, visit the KURZ booth A19 in Hall 5.